Tony has had many years experience in the music industry, working alongside many famous shows and musicians.

He has an extensive portfolio which you can find out more about by reading his history below. 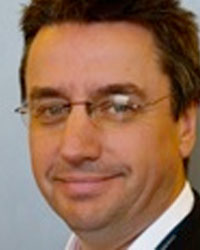 Compositions include “One Day” and “Youth” (commissions for community choir), “Five Songs” (texts by Charles Causley), “Early in the Morning” (new nursery rhymes); music for the short films Lonely Hearts and How to Sex, Francesco de la Vega, for Narrator and orchestra, and the musical Sinta!

His interest in developing new works includes conducting world premieres of Amerika and The Red Volcano, and MD’ing the development workshop of Women on the verge of a Nervous Breakdown.

Tony has been Music Associate for the Royal Philharmonic Concert Orchestra on a number of recordings and their 2016 Rodgers & Hammerstein concert. Tony was the original Music Director of the Thanet Big Sing community choir.

Tony has designed, developed, and led Musical Theatre courses and departments in many of the UK’s leading performing arts institutions, including Trinity Laban Conservatoire for Music and Dance, CSSD, Rose Bruford College, and The BRIT School (Music Dept).

He has delivered master classes in UK HE institutions including the RCM, the RAM, the RNCM, and the RSAMD; and internationally in Denmark, New Zealand, Hong Kong and Japan.

He has been consultant to / external examiner for Chichester University, Guildford School of Acting, University of the Arts, and Hull University.

He also was a Subject Specialist Advisor for the QAA and an External Examiner for Edexcel. He is a Senior Fellow of the HE Academy, a Fellow of the Royal Society for the Arts, a member of PRS and BASCA, and Estill-trained (Levels I + II).